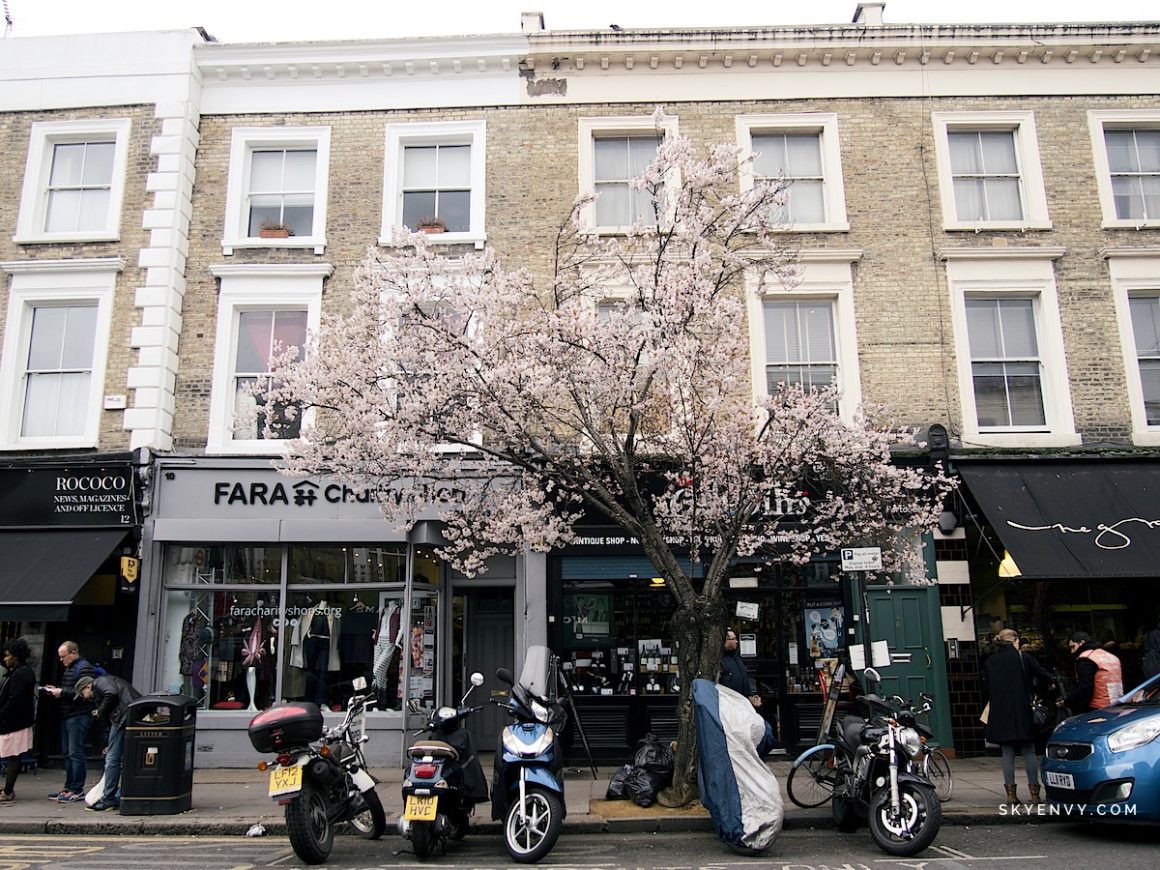 Aaahhh!!! The notable neighborhood made famous by several movies including that one with the same name. I only had a few days in London, and I didn’t have an itinerary, but I knew I must stop by and see it for myself. Starting later than I planned on a day colder than I expected, I hurried in got off Ladbroke Grove underground station, making wrong turns before finally arriving at the weekend Portabello Market. 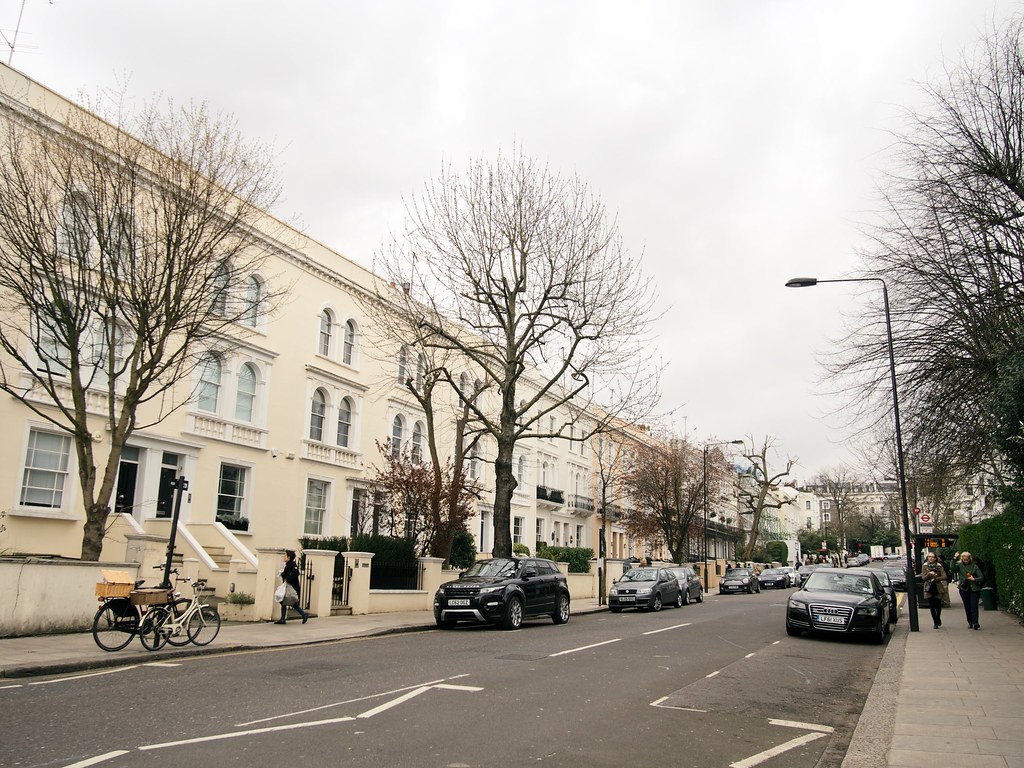 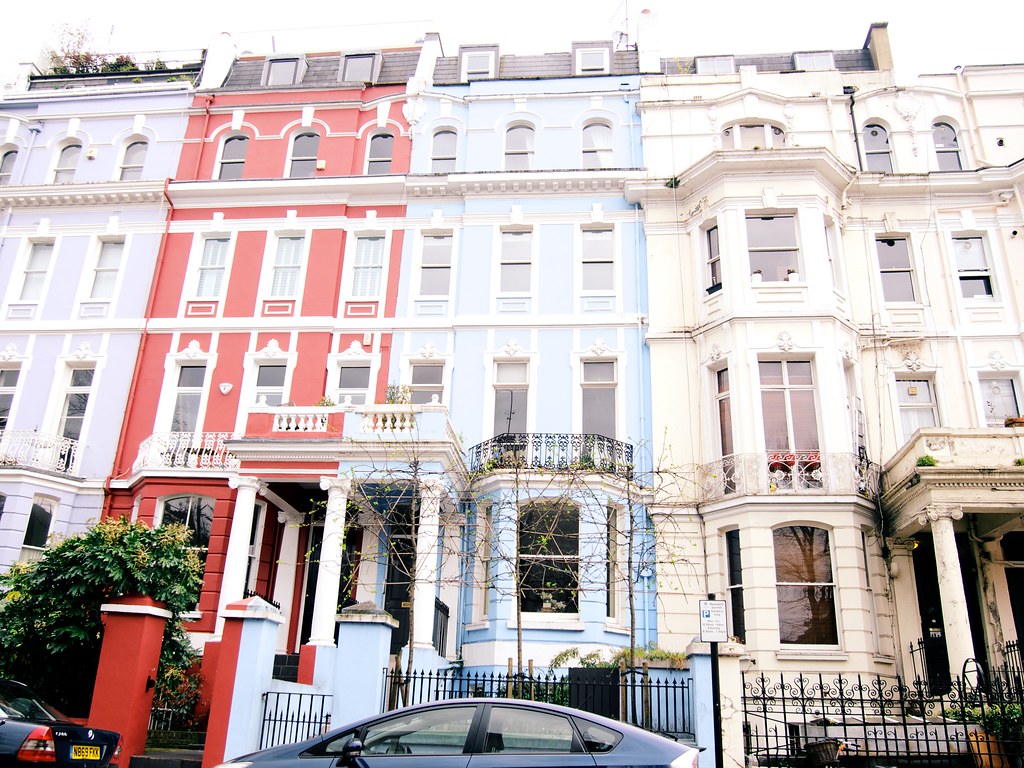 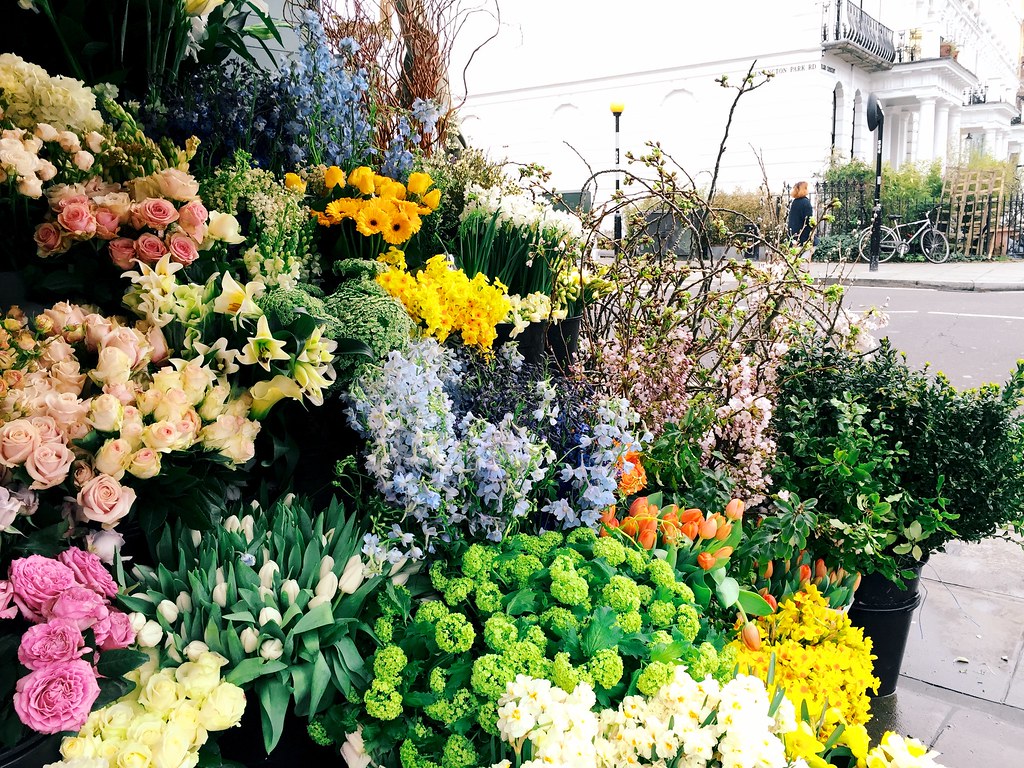 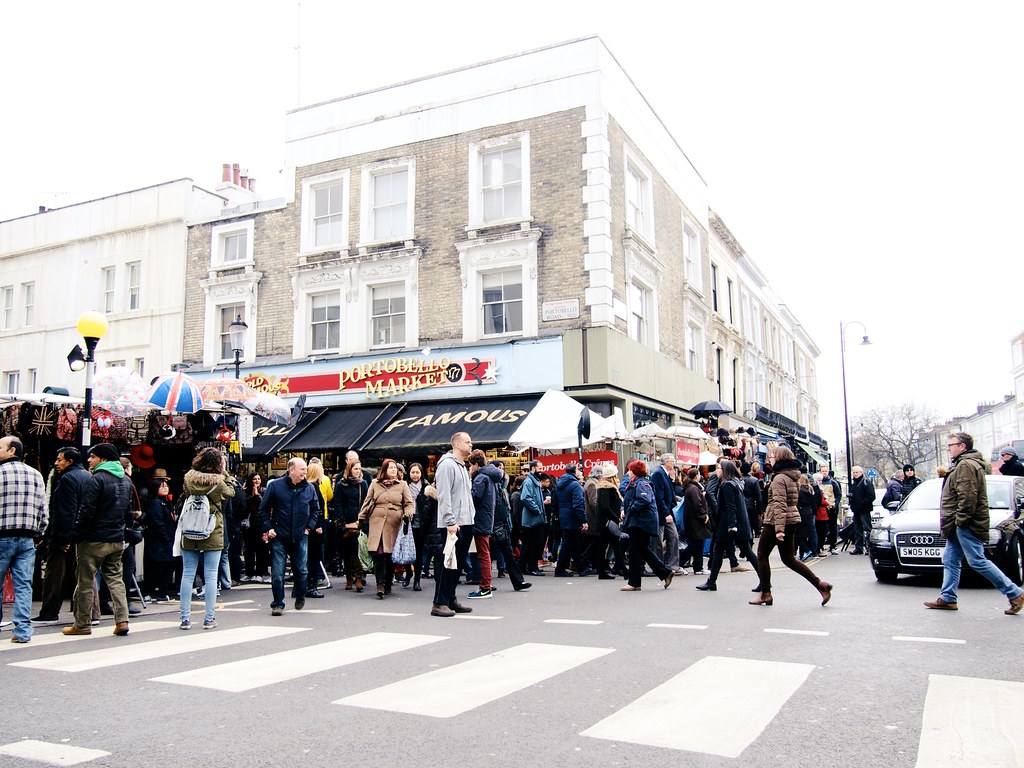 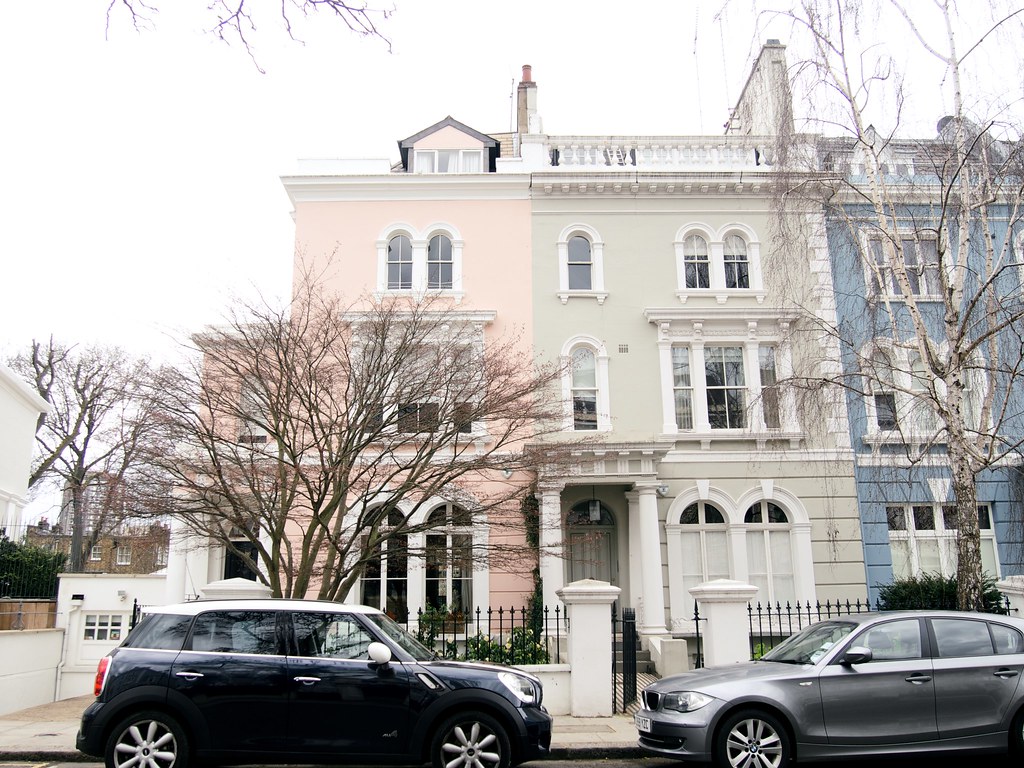 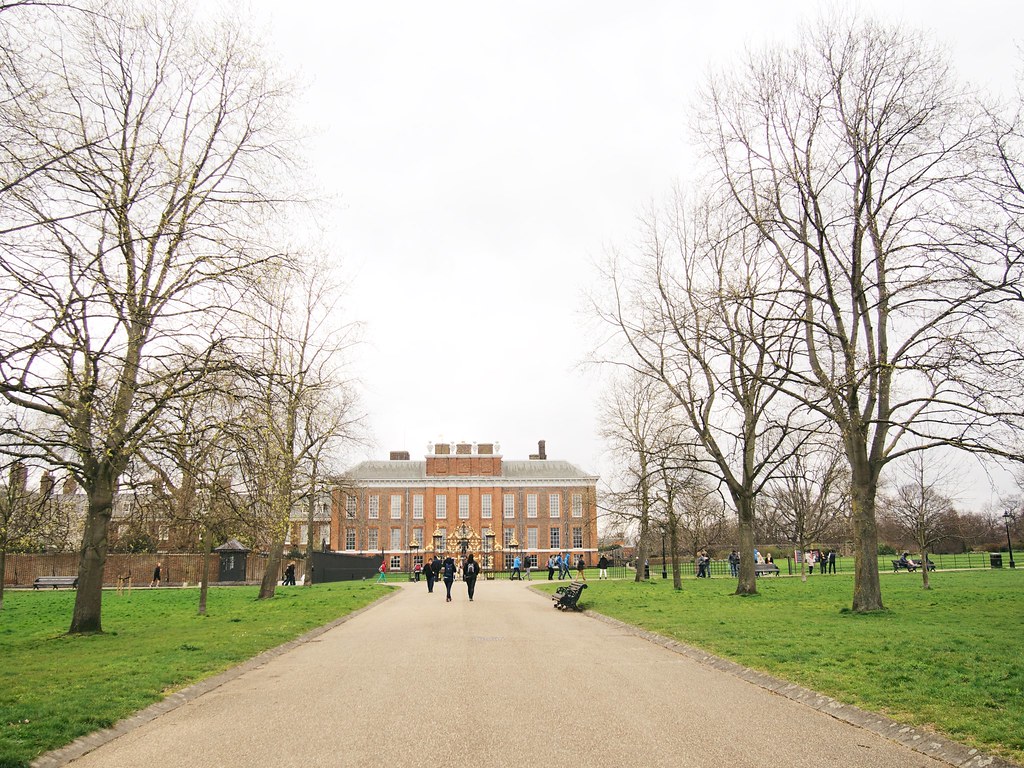 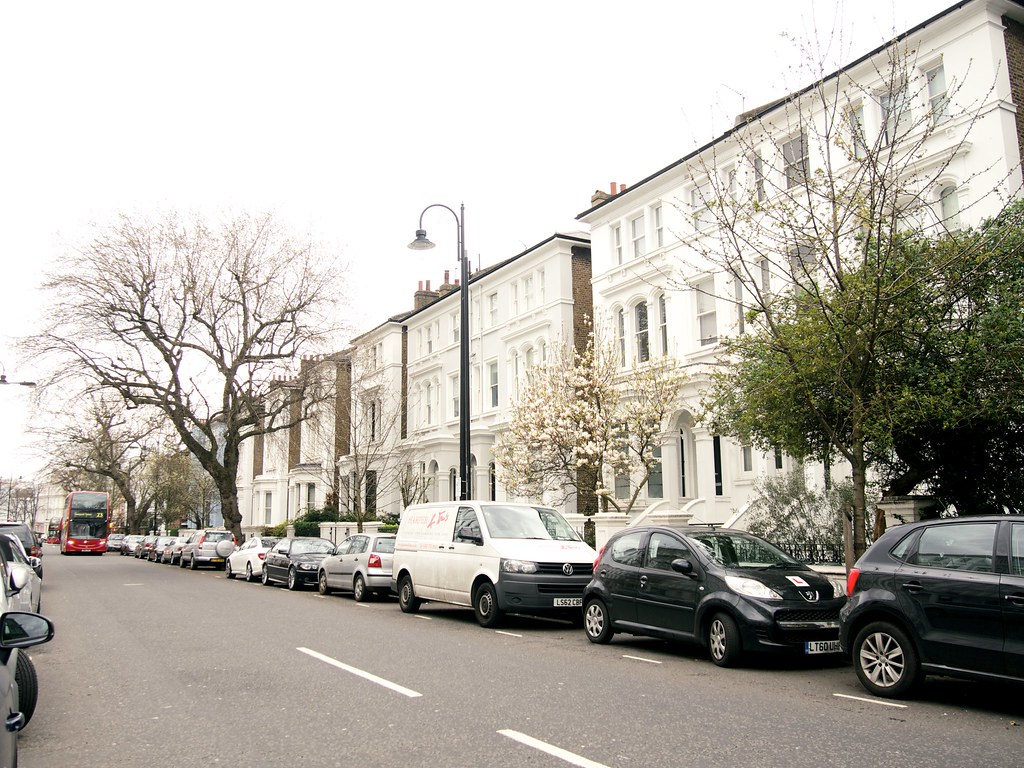 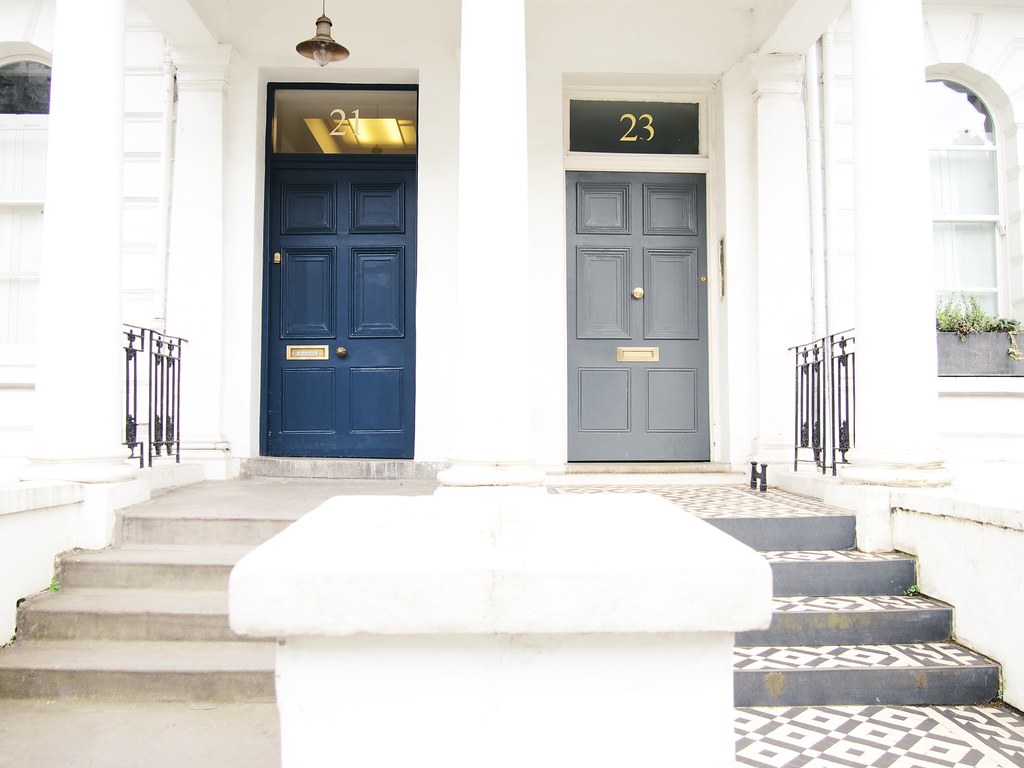 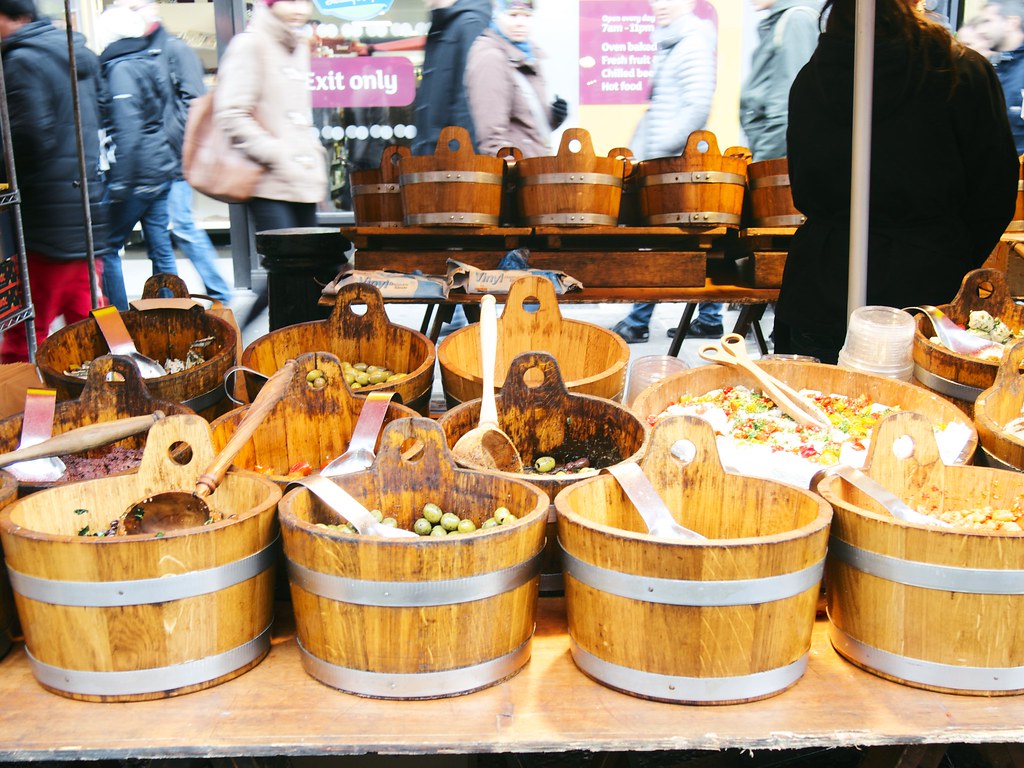 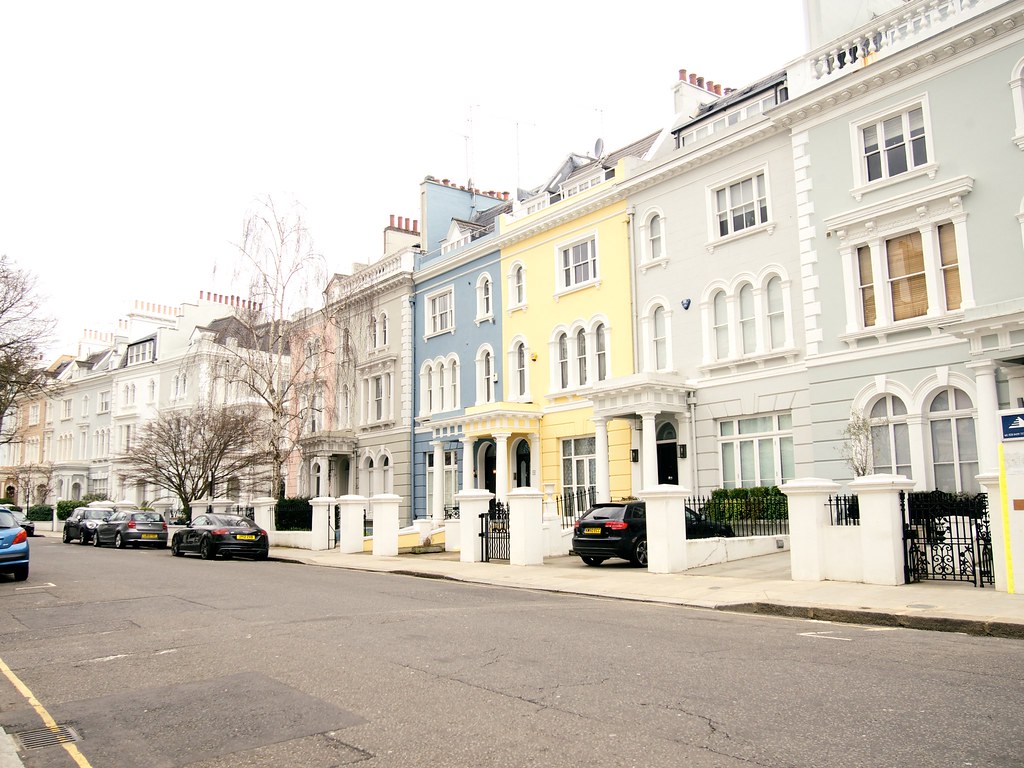 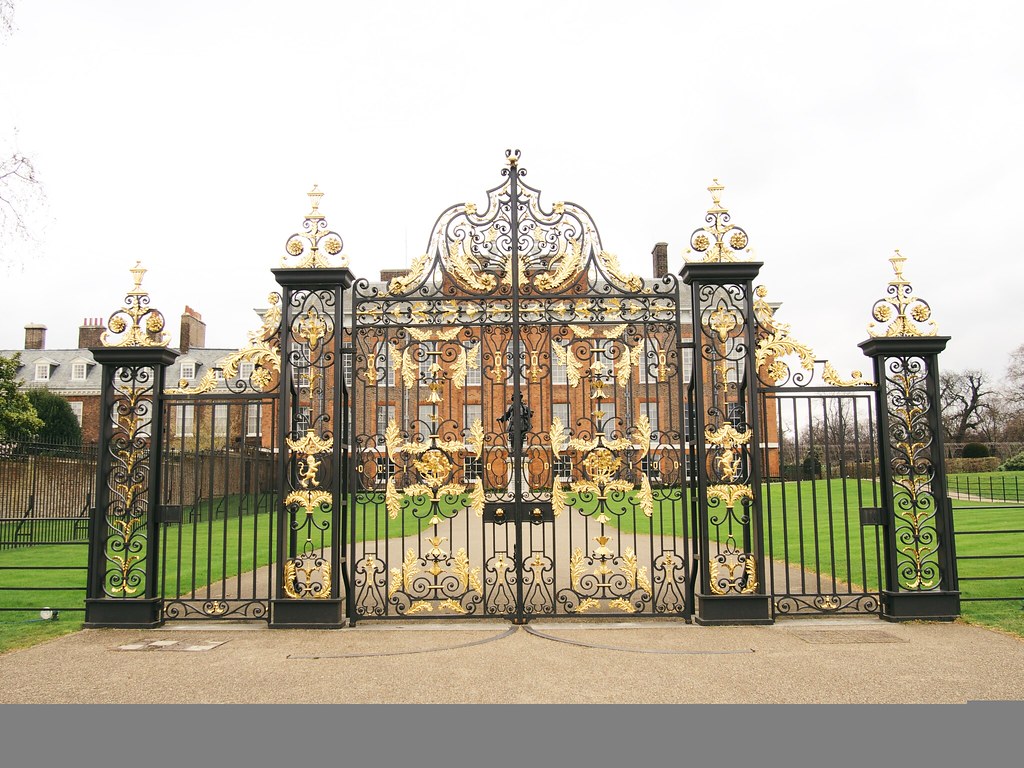 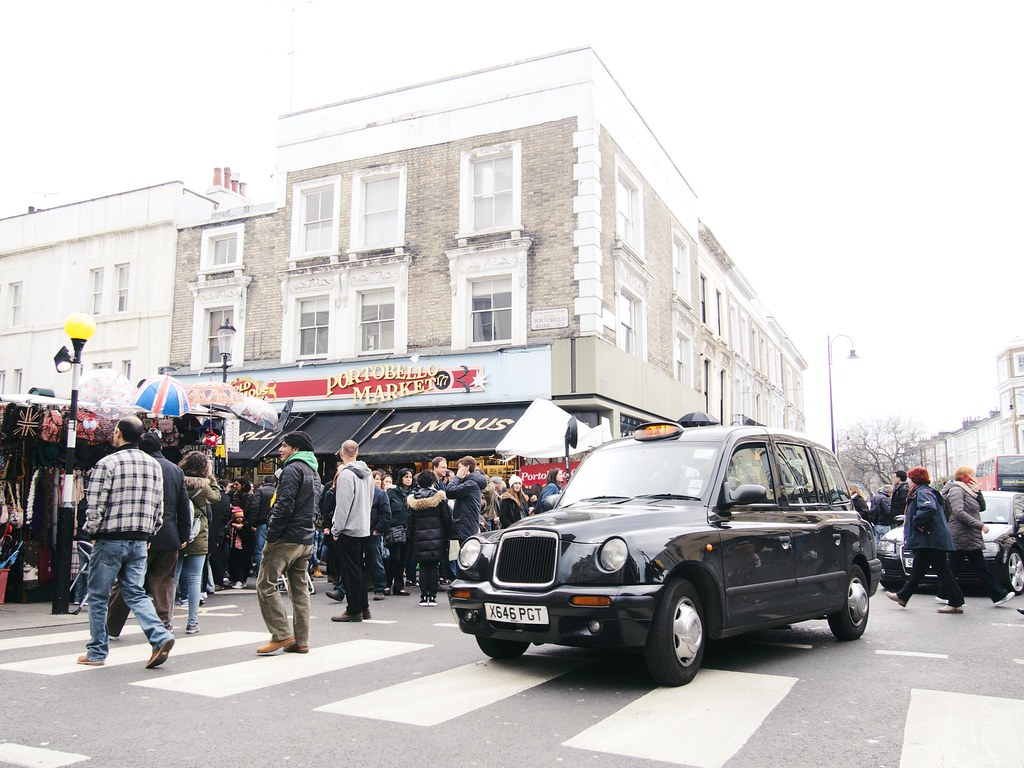 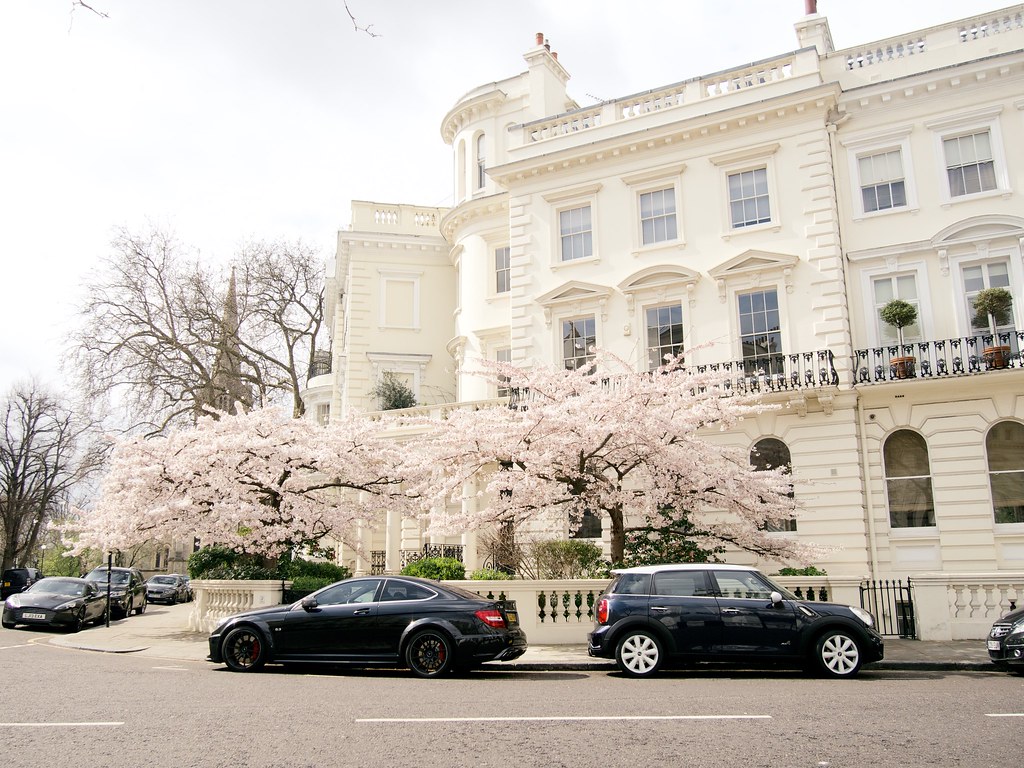 It was packed, and I was surprised as to how many people can be on one street market at the same time. People getting hit by women’s purses or men’s elbows, there was nowhere to go but to follow the flow of traffic. There were different kinds of stalls – from flowers to antiques, clothes to food. I wanted to walk around first before deciding on which should allow my tummy settle for lunch but by the time I got to the other end, there were more and more people coming and was harder to look for that pastry stand I had an eye on earlier. I settled for a crepe and ventured out to see the rest of the neighborhood.

This was the time I wished I could have planned out my trip before I actually went. Busy me, I was too focused on planning out my Paris trip and forgot to read about London. I decided to walk to Kensington Palace as I probably won’t have enough time to go later.  I sprinted the streets of Notting Hill, using my just my iPhone and a very trusty app. I saw a gated park; then I wondered if that was the “whoops a daisy” garden from the movie. (It was!) It started to drizzle, and although I have an umbrella, I knew I had to leave if I wanted it to make it on time for my appointment. I was tempted to take the bus, but then I couldn’t risk getting on the wrong one or maybe getting stuck somewhere. Finally made it to High Street Kensington station and with Easter Eve shenanigans going around, there were more closures that I have expected.

Nevertheless it was a great experience. Getting lost in an unfamiliar city always ALWAYS makes the trip more memorable. 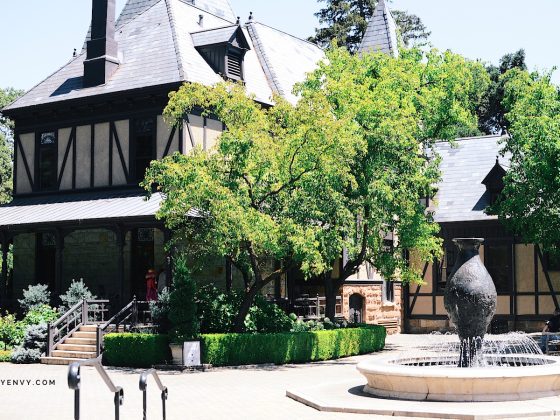 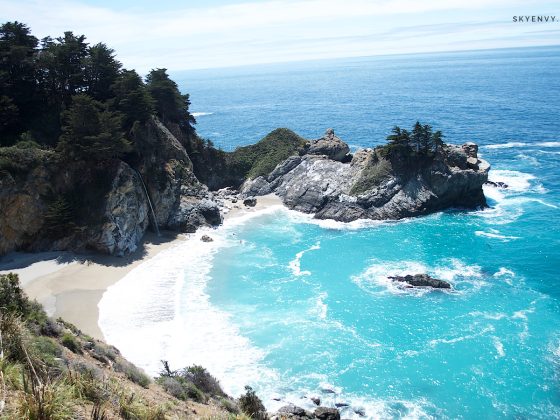 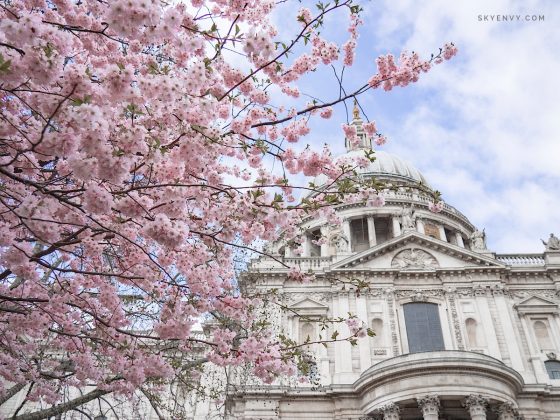