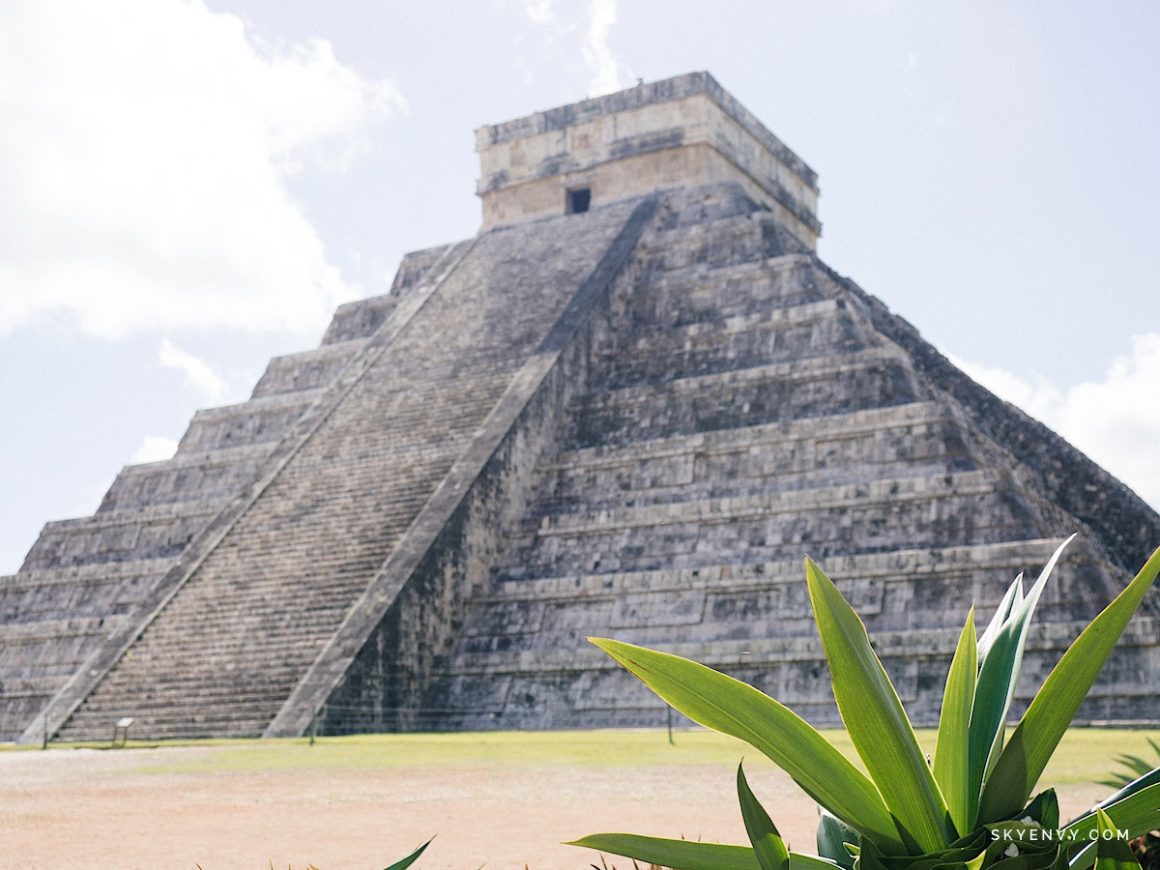 Traveling on holidays maybe ideal for some, but it mostly means a more expensive plane ticket, as well as longer waiting lines in the airport. I usually avoid this and would rather fly on a quieter time. However, the real reason why I pushed on traveling this past  4th of July weekend is so I can visit the largest pre-Columbian city built by the Mayan civilization, aka my 5th Wonder of the World! 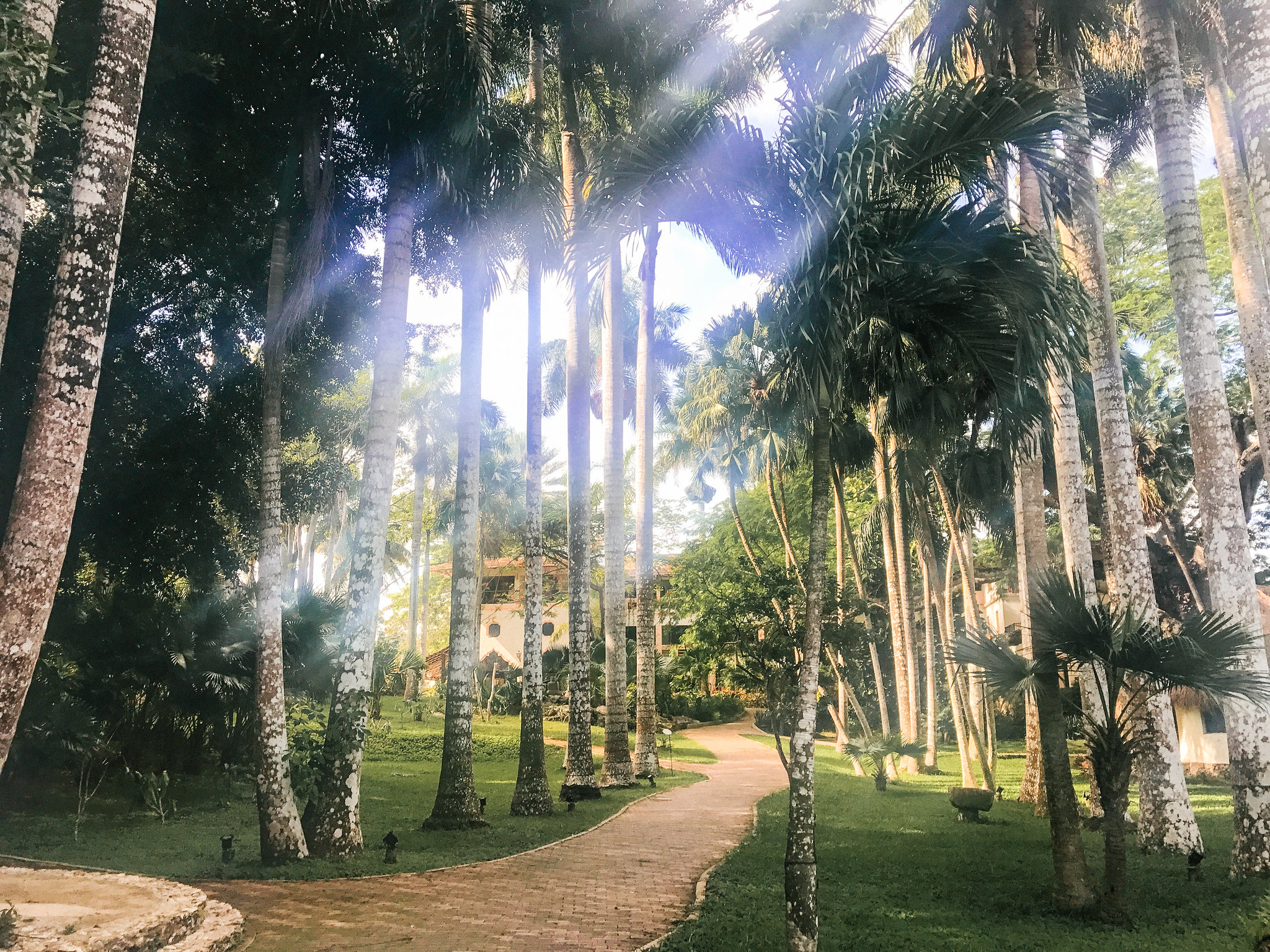 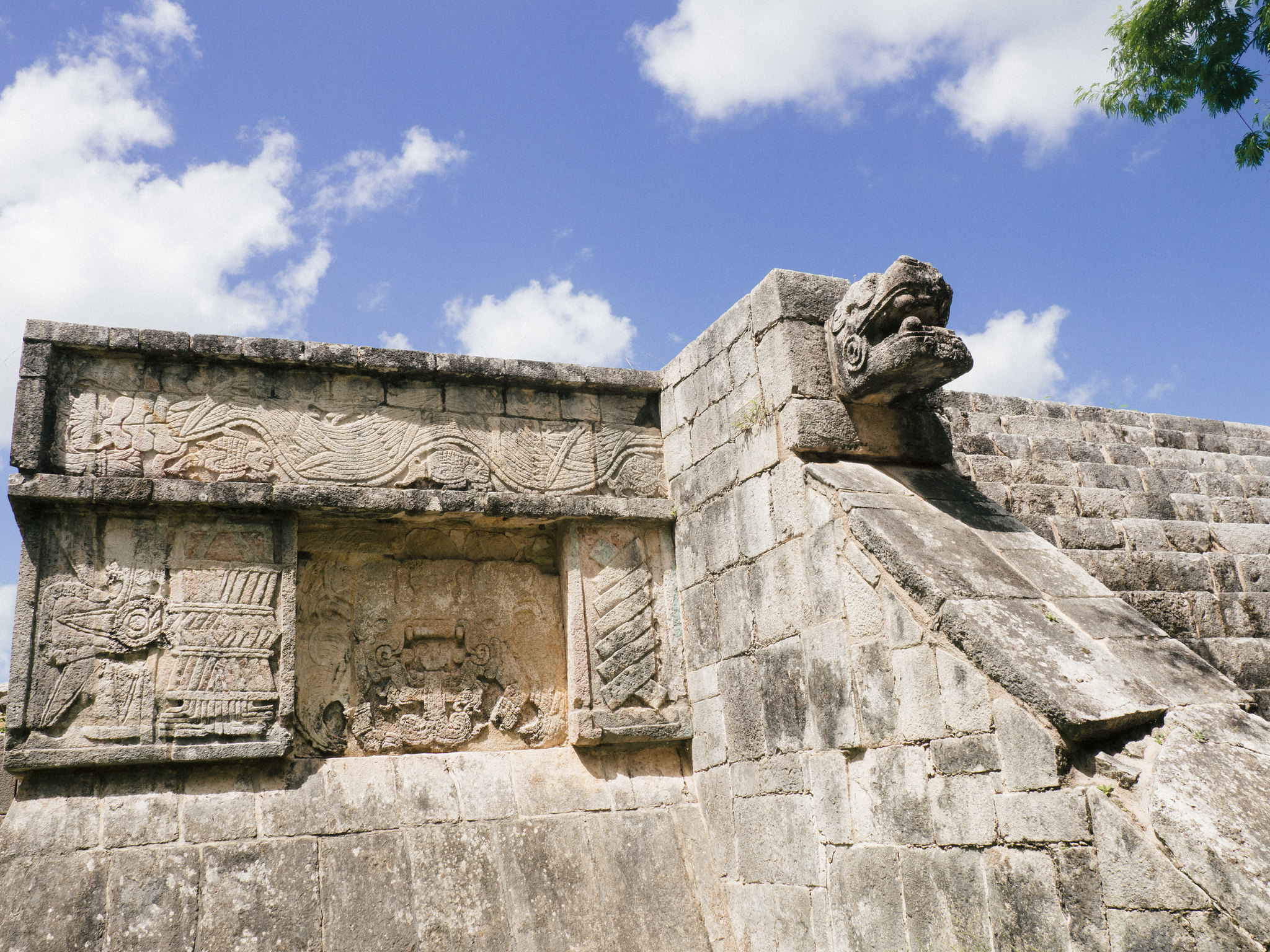 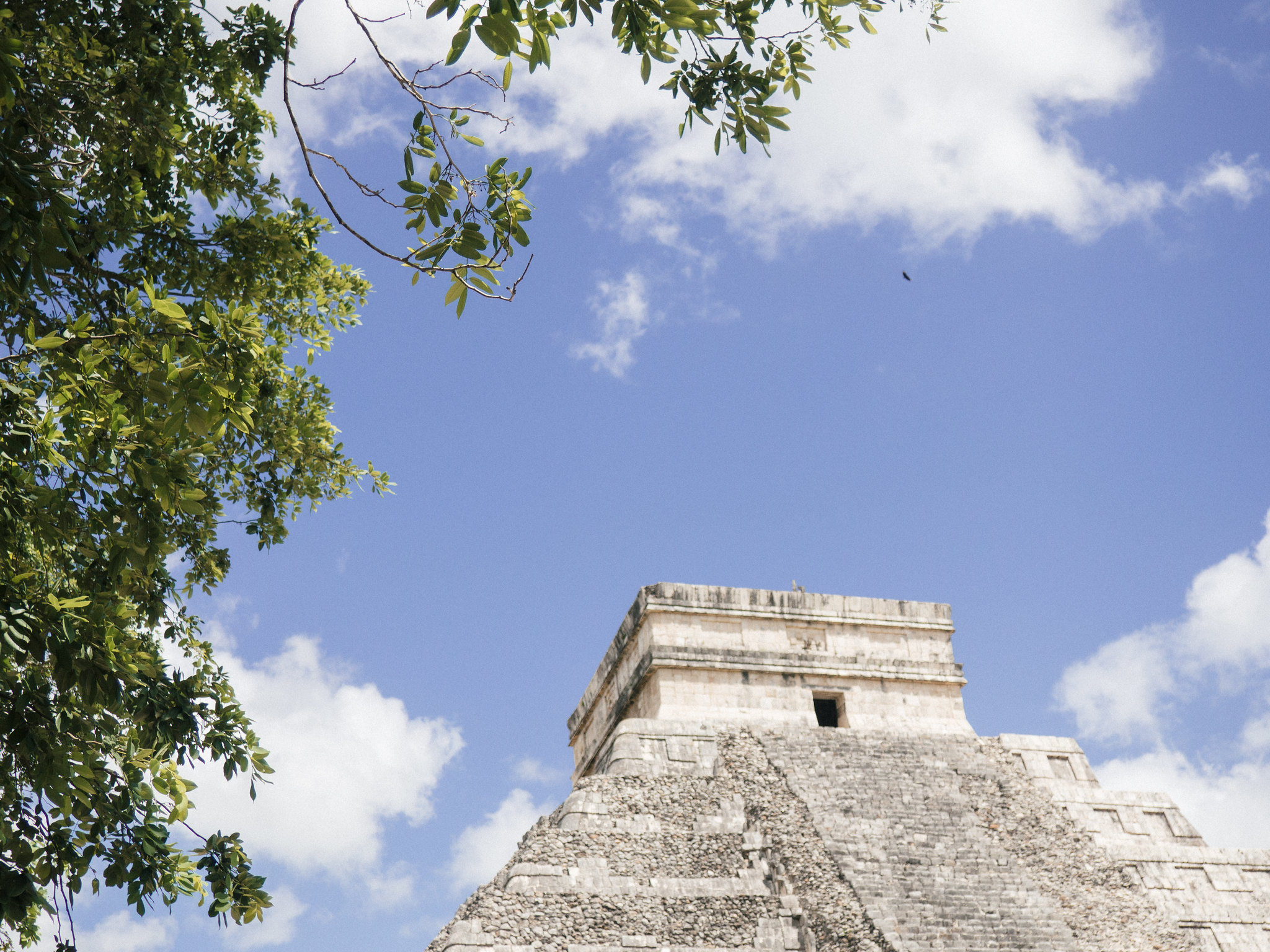 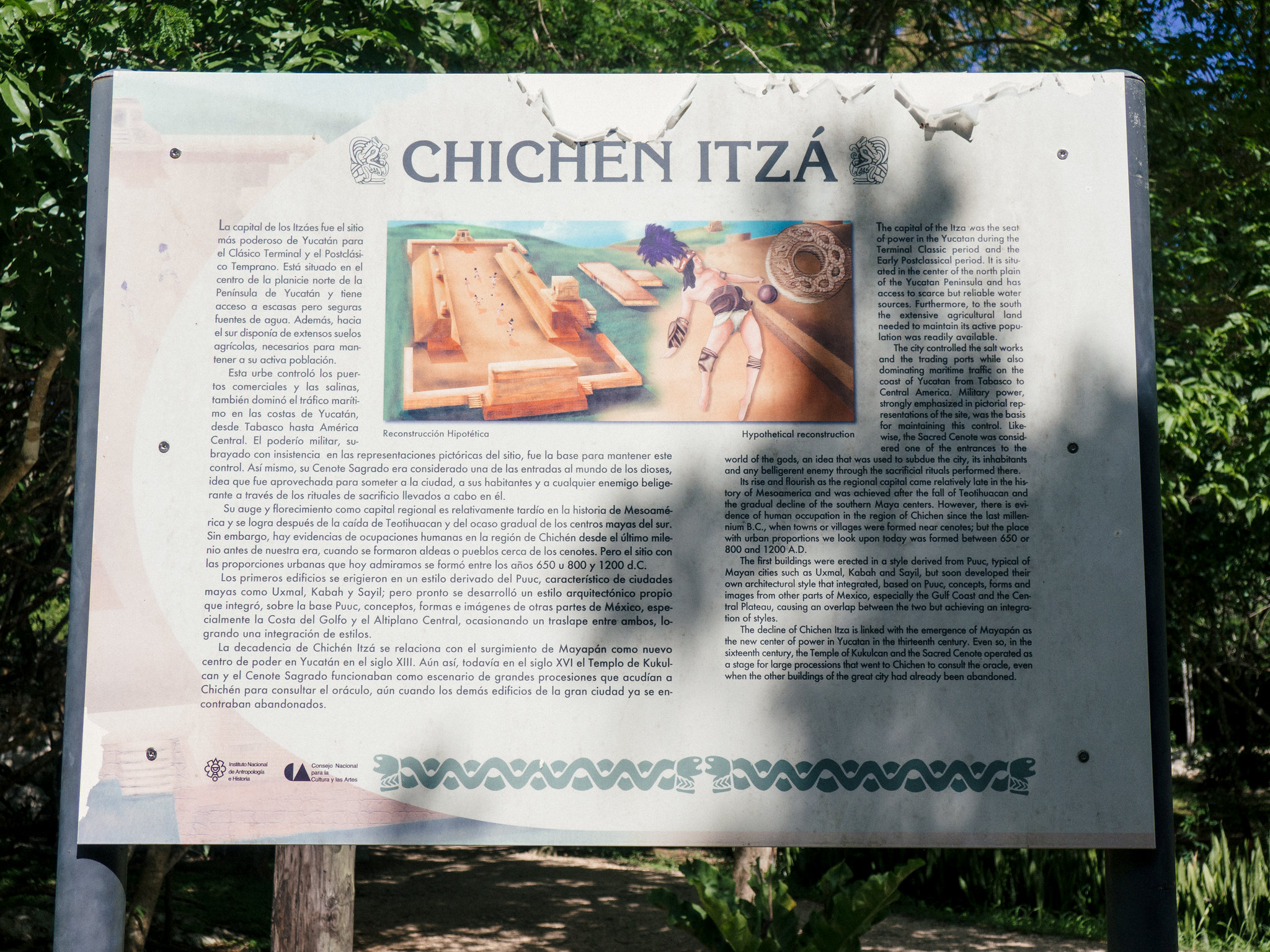 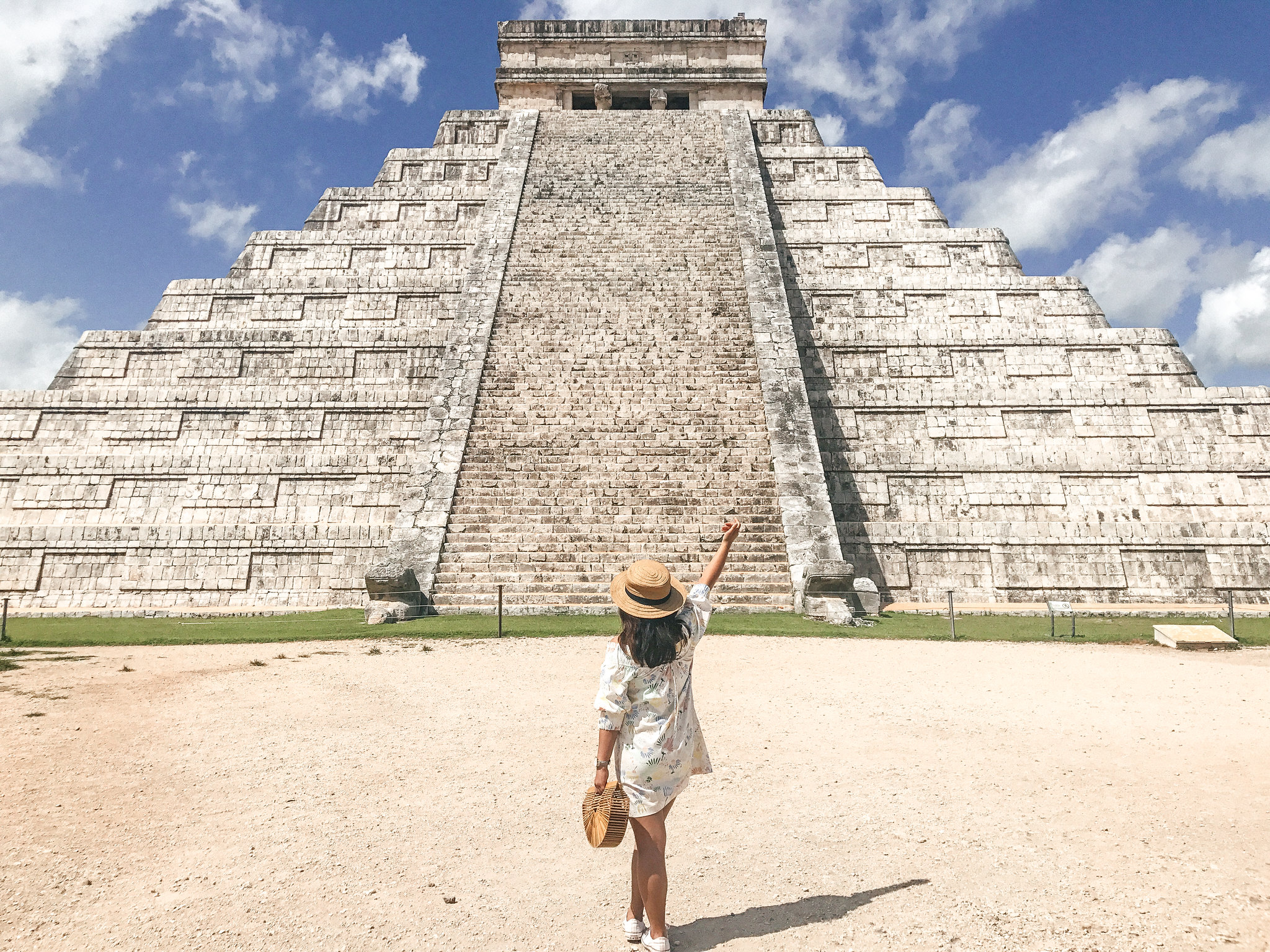 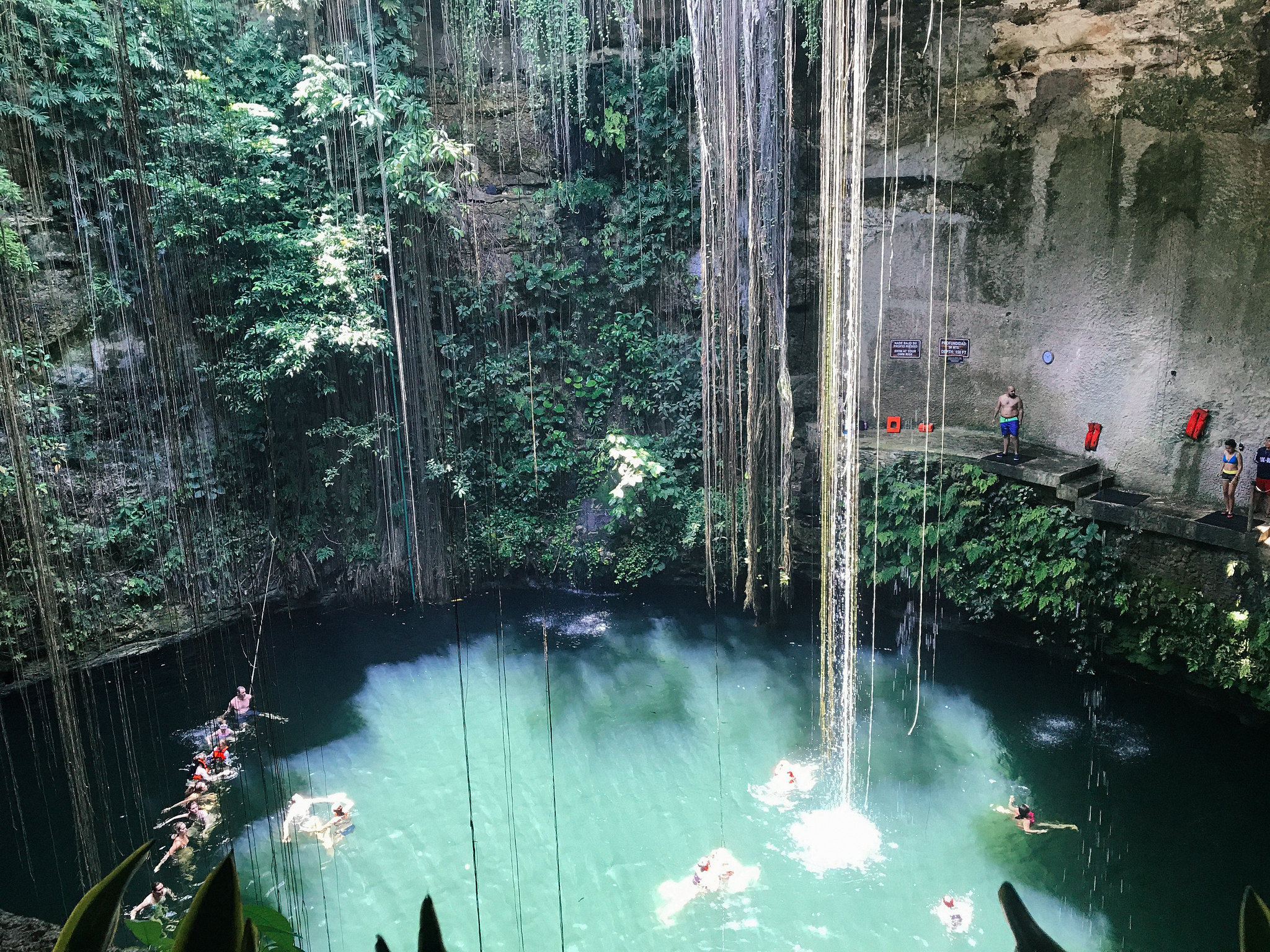 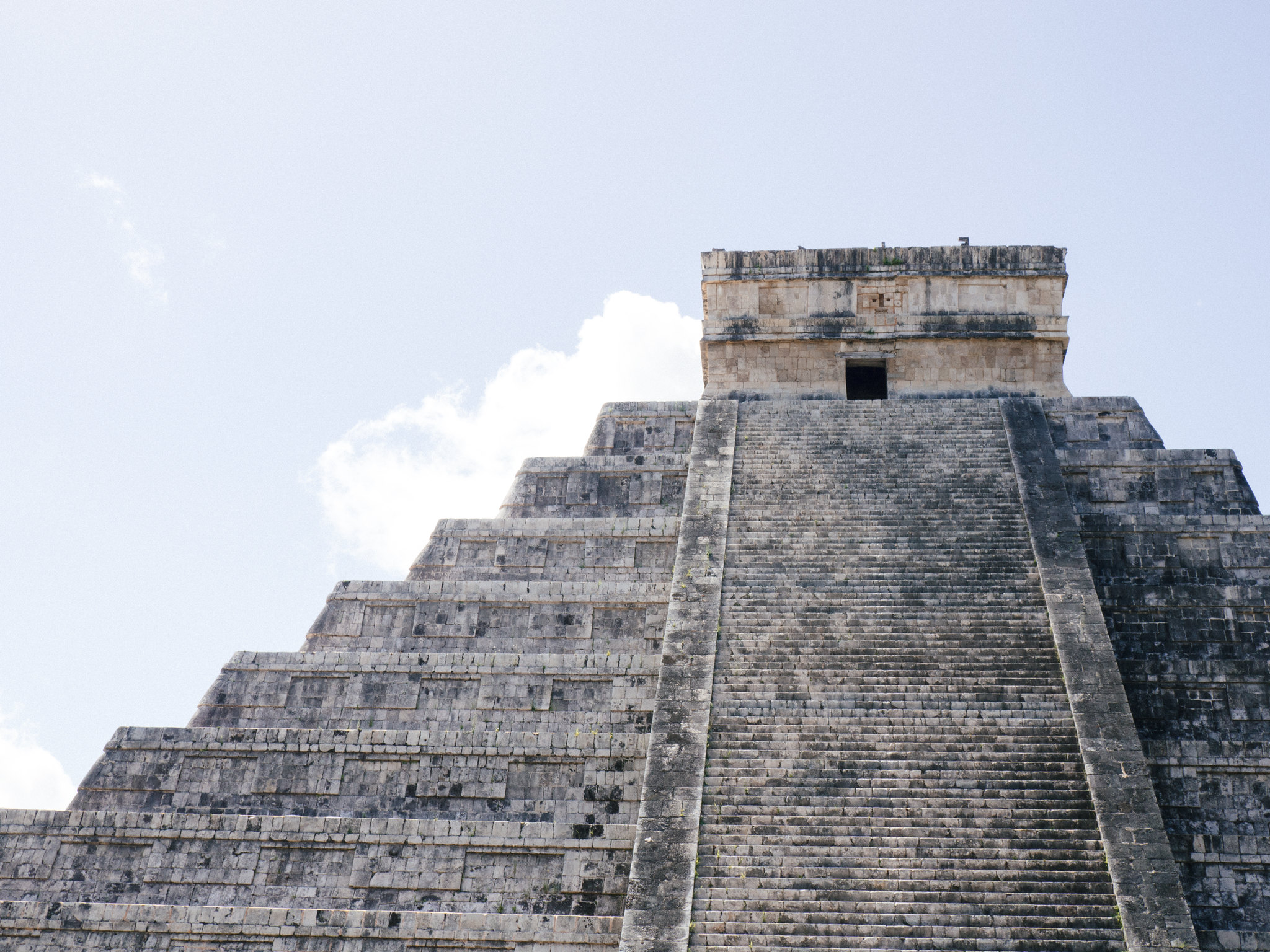 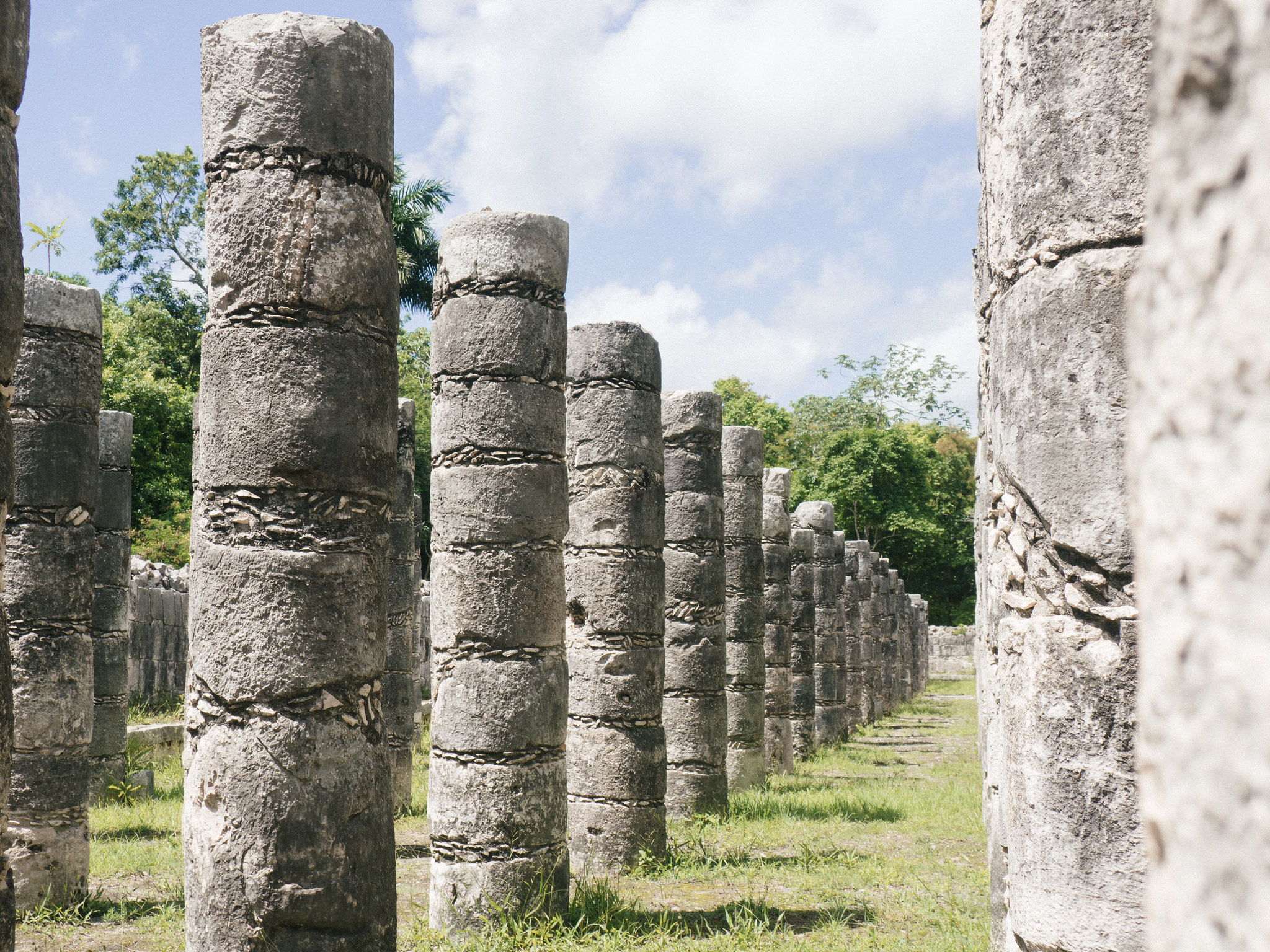 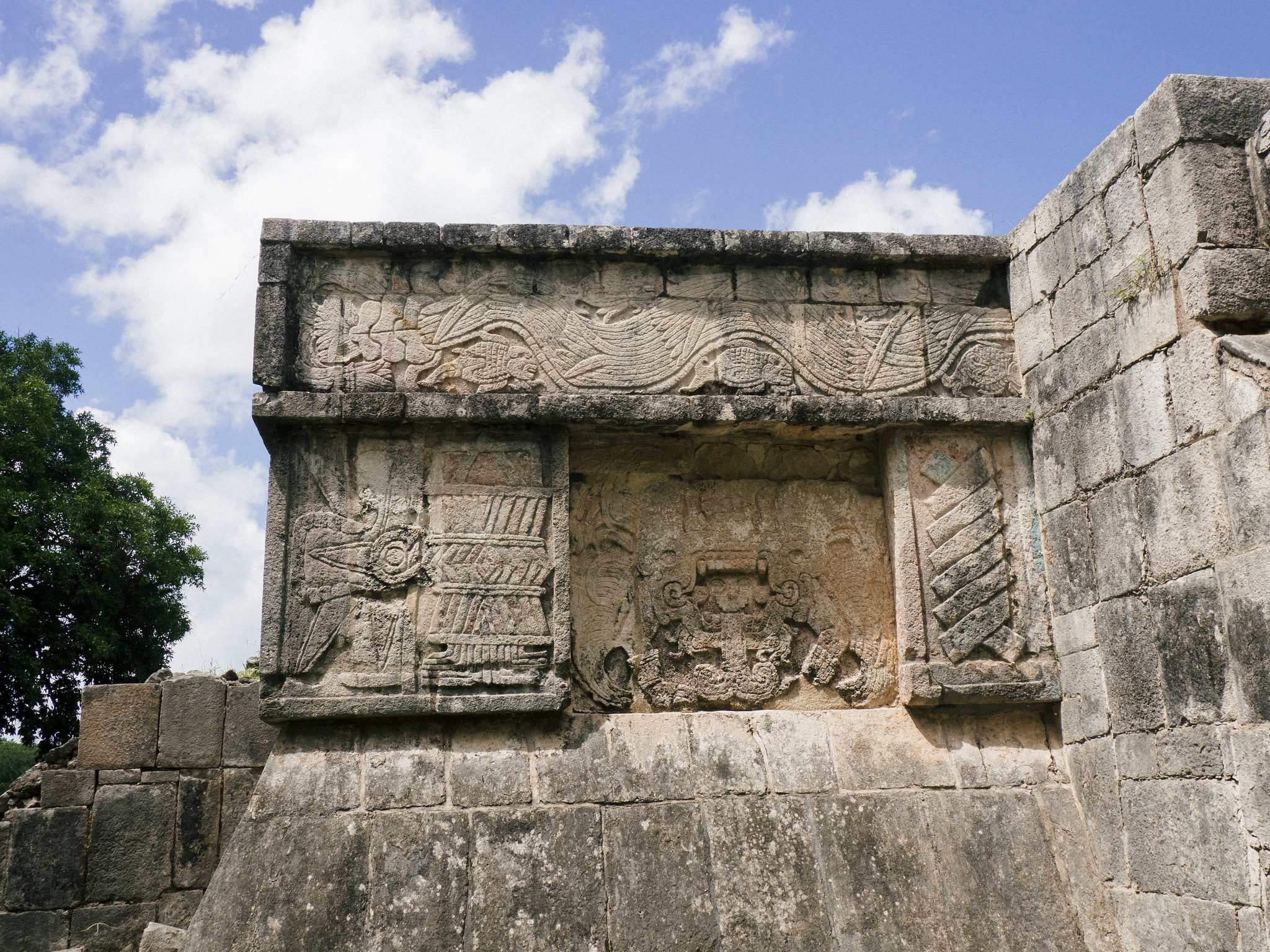 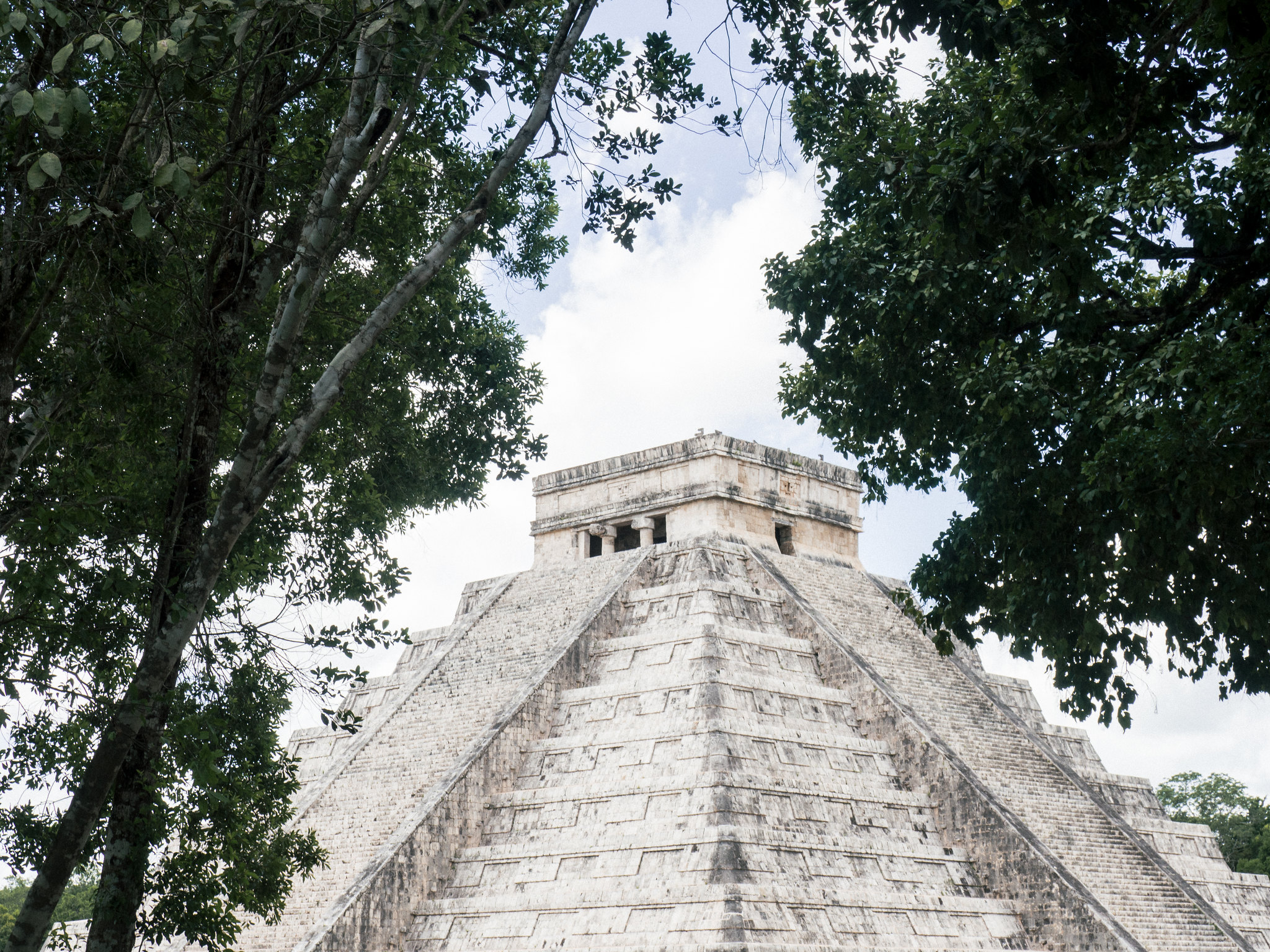 From our first night we spent in Valladolid, we arrived at Chichen Itza through the lesser known entrance by the hotels (thanking Google Maps for this). Granted we arrived much later than planned, we were lucky to find a good parking spot and didn’t have to line up or wait a long time to purchase tickets. Only a short walk away when the step pyramid of El Castillo was in view.

We didn’t get a guide or joined a tour as we didn’t want to be rushed. We saw people clapping then hearing echoes of their claps. We later learned that it is a “bird-call effect,” as the echo of your clap at the foot of the pyramid resembles the cry of quetzal, a Mayan bird that was believed to be a messenger of the Gods. What was also impressive to learn is that each side of the pyramid has 91 steps, and when added together with the final platform, it will be equal to 365 steps, the same number of days as the Mayan year. It was also said that the shadows of the pyramid during spring and autumn equinoxes produce a shape of a snake. As we know, this step pyramid of El Castillo was a temple to god Kulkulan, the Mayan snake deity.

How did the Mayan civilization build all of this in the 8th-12th century? Chichen Itza, indeed a wonder. 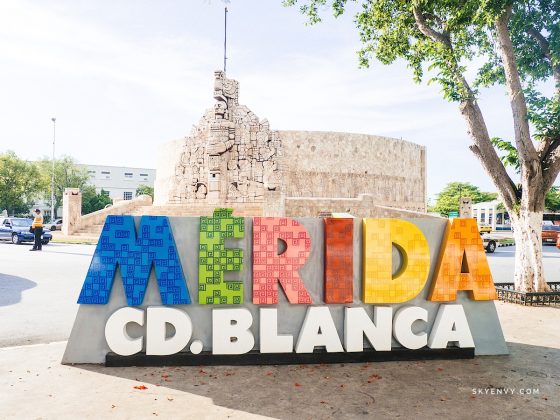